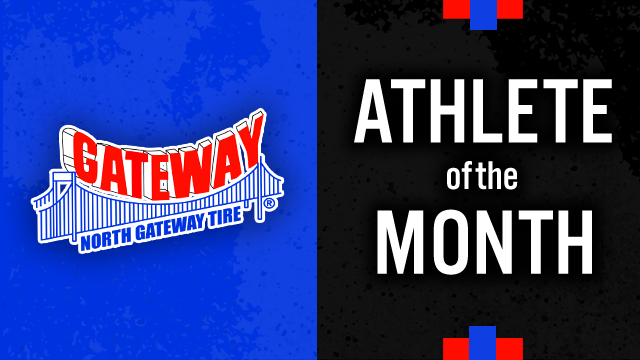 Battling Bees fans! It’s time to vote for the October North Gateway Tire Co Athlete of the Month. Nominated for Medina High School this month is:

Cole has been our engine this year. The team has keyed on his energy and he adds a completely different element to the game when he’s playing at his best. Down the stretch, Cole scored some big goals for the Hornets. He also battled through a nasty foot injury and simply refused to sit on the bench and watch. It was a truly an inspiring effort from a senior who wanted to help his team win in any way possible. Cole was our heart and soul.

Jonathan had an outstanding junior season, finishing it out with a 17:58 personal best at the GLC conference and GLC honorable mention.

Kyle is an all-around player as he plays on Offense and Defense! This season Kyle had 48 total tackles (24 Solo and 24 assisted), 3 tackles for loss, and 1 interception returned for a touchdown! On offense, Kyle plays wide receiver, and this season he had 8 receptions for 87 yards and 2 touchdowns! Kyle is one of the team captains and was a key part in the success of the Blue Devils going 6-3 this season!

Scored the first goal and also 1 assist in Buckeye’s first playoff game against Cloverleaf. Also, has the highest GPA of all seniors.

Part of team defensive line that have posted 10 shutouts this season.

Earlier this month in a win over Euclid, Alexa tied the school record for goals in a game with 5! Then this past Monday, October 26th in an OHSAA playoff game, Alexa scored the team’s only goal vs. North Royalton in a 1-0 victory!

Being a leader, great worth ethic, and overall contributions throughout the season.

Contributions in games through assists and goals scored. Being creative and humble with her contributions.

Overcoming injury and helping in the final third of the season with hard work and assists in key games.