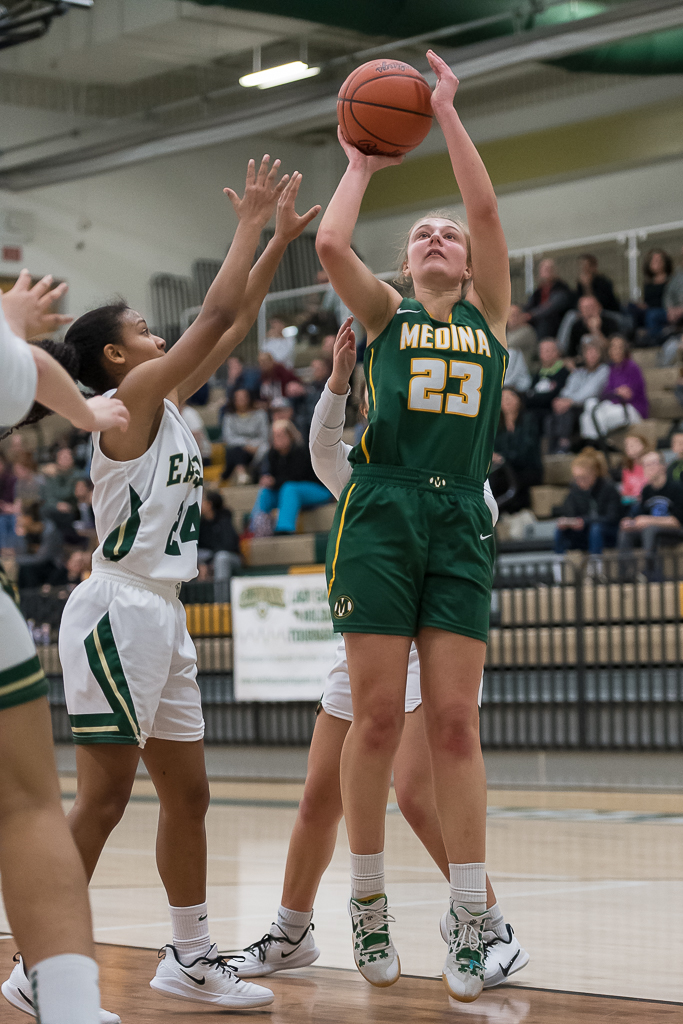 Medina dropped their last remaining league game of the season to host Mentor in a rescheduled contest on Monday night. Up by 16 at the half and holding the Cardinals to 3-for-27 shooting, the second half was the complete opposite as Mentor scored 41 points over the final two stanzas to take the 53-47 victory and prevent the Bees from an outright GCC title. Medina and Solon finish tied for first in the GCC, marking Medina’s first championship and Solon’s seventh in seven years of GCC play.

Medina is now 15-6, 11-3 on the year with one final regular season game at Wooster remaining. Tournament play begins on Feb. 20th.