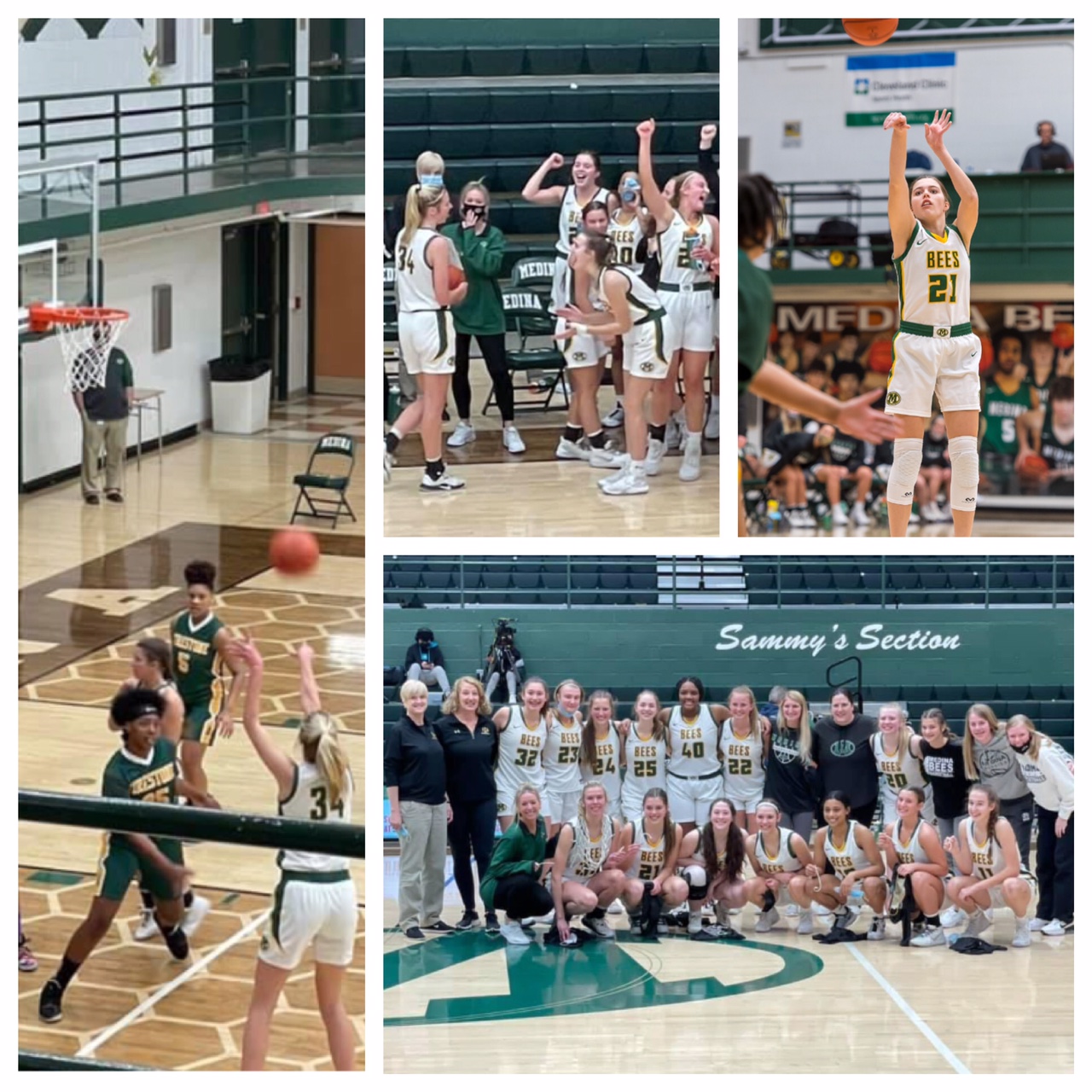 #4 Medina topped #28 Firestone 66-11 in Sectional Finals on Thursday night, and had some memorable moments happen in the process. Two milestones were reached: Sarah McKee scored her 1,000th career point on a three-pointer in the first quarter before being mobbed by congratulating teammates & Elizabeth Stuart drilled 4 three-pointers for the game en route to 14 points and making her the program’s all-time leader for 3’s made in a single season (48).

All 14 active players racked up minutes and scored for the Bees, who got off to a quick start behind the activity of Shannon Wojciak (2 points, 10 rebounds, 6 assists). Other leaders were Kate Bobey (7 points), Hailey Tripp (6), Aly Dwyer (5), Maddi Rath (5) and Audrey Kotick (4).

The Bees (17-6) will host Grafton Midview, who defeated Westlake at the buzzer, on Tuesday, Feb. 23 at 7pm in the District Semi’s.

OHSAA Districts
9:30 am
View All Events